Bidding Adieu to The Rock

Today is the last day for a golf course (somewhat) affectionately known as "The Rock."  Hillview Golf Course, perched atop a summit in western Green Township will close forever at sunset tonight.  Soon, 220 houses will spring up like daffodils across the 100-plus acres of bent grass and manicured greens.   While I can't say I regularly played the course, it does occupy a special place in my heart because it was the first "real" gold course I ever set my spiked shoes upon.
When I was about ten years old, I was a little kid who had exactly one club--a child-sized 7-iron with Chi Chi Rodriguez's name on it--and boasted golf experience that was limited to whacking little white whiffle golf balls around the backyard.  That is, until dad took me with him to Hillview the first time.  I wasn't there to play, mind you (too young), but I got to pull dad's "pull-cart" around the course while he played with his friends.  I don't remember if I got standard the caddy fee that day, but my guess is I got a can of pop and the chance to swing my 7-iron once or twice on a "real" course.  Perhaps my love of the game of golf began that day.
Fast forward to high school, when I was playing and/or caddying nearly every day of the week during the summer and I got to play Hillview myself every so often.  That's when us teens dubbed it "the Rock" because at that time they had no discernible irrigation system and by August the whole hilltop was one dusty, dry, burned out lunar landscape.   We regularly hit drives 600 yards (we estimated) and the ball would send up little blasts of dust as it skated off the tops of hills and into woods.  It was like playing golf on a curved pool table without the felt.  There were some tee boxes where (I'm not making this up) you couldn't insert the wooden tee into the ground--even with a hammer--without snapping it in half.  Oh the stories we had about playing the Rock! 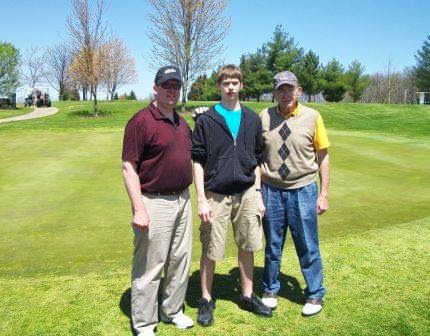 As the years progressed owned Bob Macke and his sons improved the course.  A lot.  They installed irrigation, decent grass, cart paths, entire new holes carves out of wooded, forgotten corners of the property.  In retrospect, it's perhaps what I most admired about that darned place.  Here is a guy (later his sons) who had a big hunk of land and envisioned, planned and carved out their own golf course.  Their very own golf course!!  I remember a beat-up old yellow bulldozer sitting near the barn.  Every year there'd be subtle or major changes.  I currently live on 70-plus acres and I can tell you exactly how I'd lay out my personal golf course if I only had the money, time and courage.  The Macke's got to do that and that must've been a ton of fun for a family of golf nuts.  In fact, I think one of the sons turned professional.  It's sad, but, because of the expenses involved these days, there aren't too many family -owned golf courses anymore.
Time passed, Bob died, the family started running other courses elsewhere and I'm sure a developer "made them an offer they couldn't refuse."  Too bad.  The family was thoughtful enough to open the course for one more month this spring to allow folks to play it a last time before they turned over the keys.  My dad, my son and I did so just last week (and I didn't have to pull the pull-cart!)  We had a blast!
So goodbye Rock, it's been a hoot.  And to you home builders;
good luck digging out basement foundations should the weather turn dry this summer.  You might want to bring along a few extra bulldozer blades!
Posted by Dry Martini at 3:33 PM No comments: 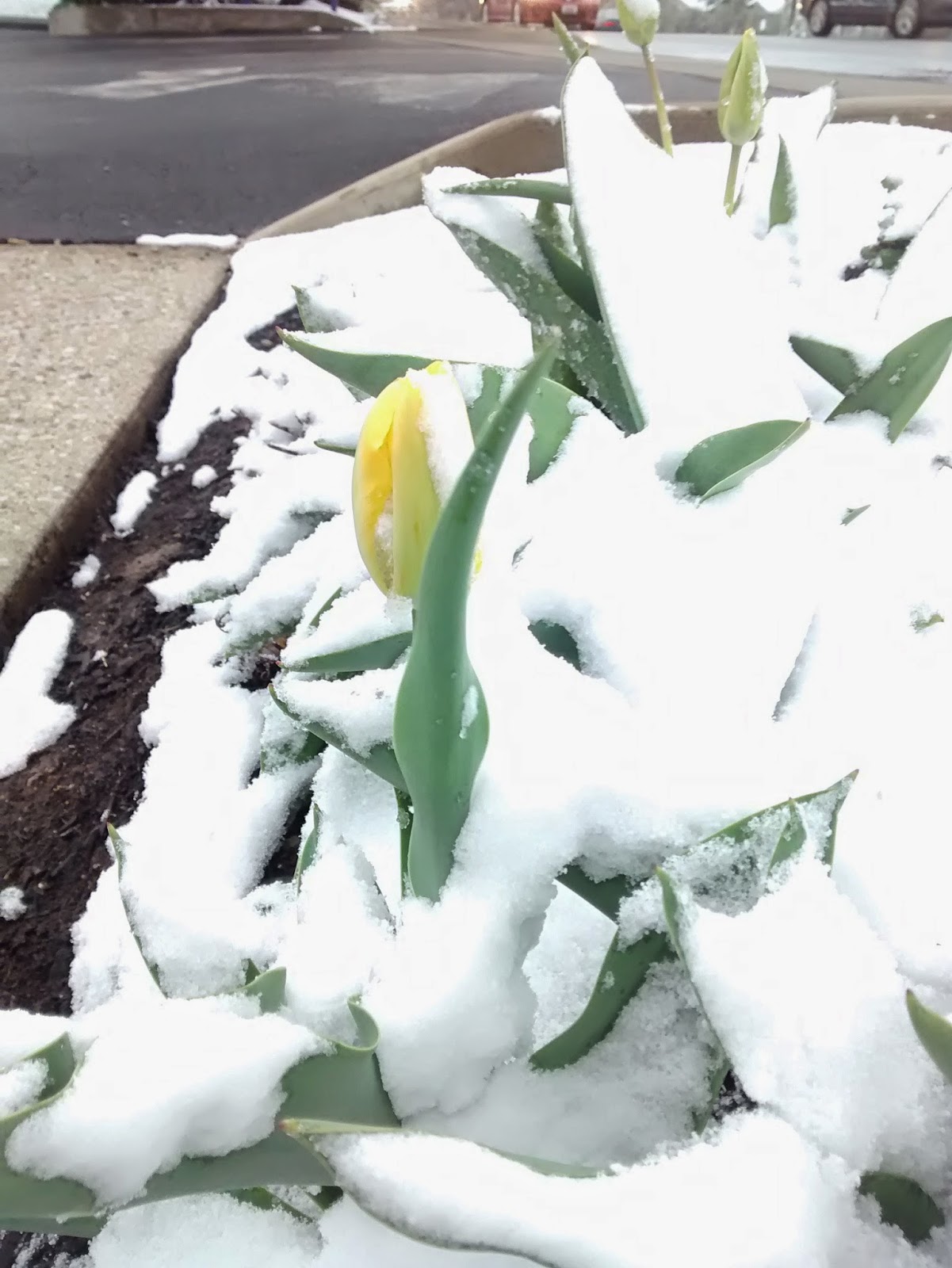 These were people who were far more in tune with the randomness versus predictability of nature.   Having no TV or internet to distract them, they studied the stars and the movement of the sun, building large earthworks aligned with the equinox, and sitting around the nighttime fire noting every planetary path, shooting star and elusive comet.  When the warm sun came out and temperatures hit 80-degrees, like they did for us last weekend, it was a joyous experience, particularly following a nasty winter (like we had.)  The sun god must be happy.  The sacrifices must have pleased.
And then, overnight, the temperatures plunge and they wake up with snow over their huts!  Uh oh.  There must have been some finger pointing around the commune, "Okay, who hacked off the gods?"  "Harvey, was it you?  Didn't I see you sneak behind the pine tree yesterday to smoke some elderberry leaves?"
And then, "We need to make it right with the gods again, guys....any suggestions?  Anyone willing to be sacrificed?  Come on, guys, my wife just packed the winter pelts away in the cedar chest so we'd better do something now or we'll never see a warm day again!"
And then, miraculously, two days later, the sun is back out and the temperatures are back in the 70s.  The gods must be pleased again.  Harvey, if he wasn't offered up as sacrifice, was vindicated.
It's natural for any living thing to seek out the predictable.  Our fish, dogs and cat expect to be fed every day at the exact same time.  When our dog, Charlie, barks at the door, he expects someone to open it.  Thunder scares them, I think, because it's random and occasional. Even plants know when to bud, not by the changes in weather as much as the lengthening of daily daylight.
People are the same way, too...we seek out routines that lead to expected outcomes.  Every morning, I follow a precisely repetitious routine, lest I stand in the shower standing there wondering if I already washed my hair.
Unpredictable events can be exciting and provide an occasional thrill, but lets face it: the desire to seek out the predictable is ingrained deep in our DNA.  Today's snow didn't bother me in the least, but that's because I haven't gotten my loincloth and summer leggings out of the cedar chest yet.  Oh, and I also read the National Weather Service forecast.
Posted by Dry Martini at 6:39 AM No comments: